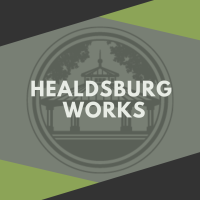 KEN & DIANE WILSON
OWNERS
Ken, born and raised in Ontario, Canada, is robust and passionate about his vineyards and wineries. Ken and his wife Diane started buying land in western Dry Creek Valley in the early 1980s, planting their first vines in 1988. Establishing himself further as a grower of quality wine grapes, Ken continued to acquire and plant more fruit in the 1990s.

Ken Wilson said he and Diane were interested in making wine early on, but they didn’t start until 1993, when they bought the historic Fredson Winery from the retiring Chris Fredson. “It was an intriguing old bulk wine facility in what was really a barn,” Wilson said. “It was 100 years old, and still contained the original redwood vats and tanks.” He and Diane, who has a background in biochemistry, then began fulfilling their dream: making their own wine. The first was a 1994 Reserve Cabernet Sauvignon. Getting county permits and restoring the old barn took a few more years. By 1998, the complete winemaking operation was housed in what is now Wilson Winery. Slowly it grew to include additional varietals, and the annual production is now about 3,000 cases.

Today, Ken and Diane farm more than 600 acres of Dry Creek Valley hillside vineyards. In addition to his prowess at securing premium grape-growing vineyards and winery sites, Ken is known for his hands-on approach to everything from farming to construction. Attention to detail and getting his hands dirty brick-by-brick has been Ken’s labor of love—it’s not unusual to see Ken driving a tractor or wielding a hammer as he immerses himself in each of his projects. With his larger than life personality, Ken is a favorite of the Wilson Artisan Wine club members and can often be seen at events enjoying the great social aspects wine country life affords.

It was Ken’s wisdom and vision that created the diversity of vineyard sources over the years. These vineyards provide the premium quality fruit that has brought notable recognition to the Wilson Artisan Wineries. Ken and his wife Diane now own eleven wineries offering exceptional wines, beautiful scenery and friendly, informative staff along with two Healdsburg Inns. 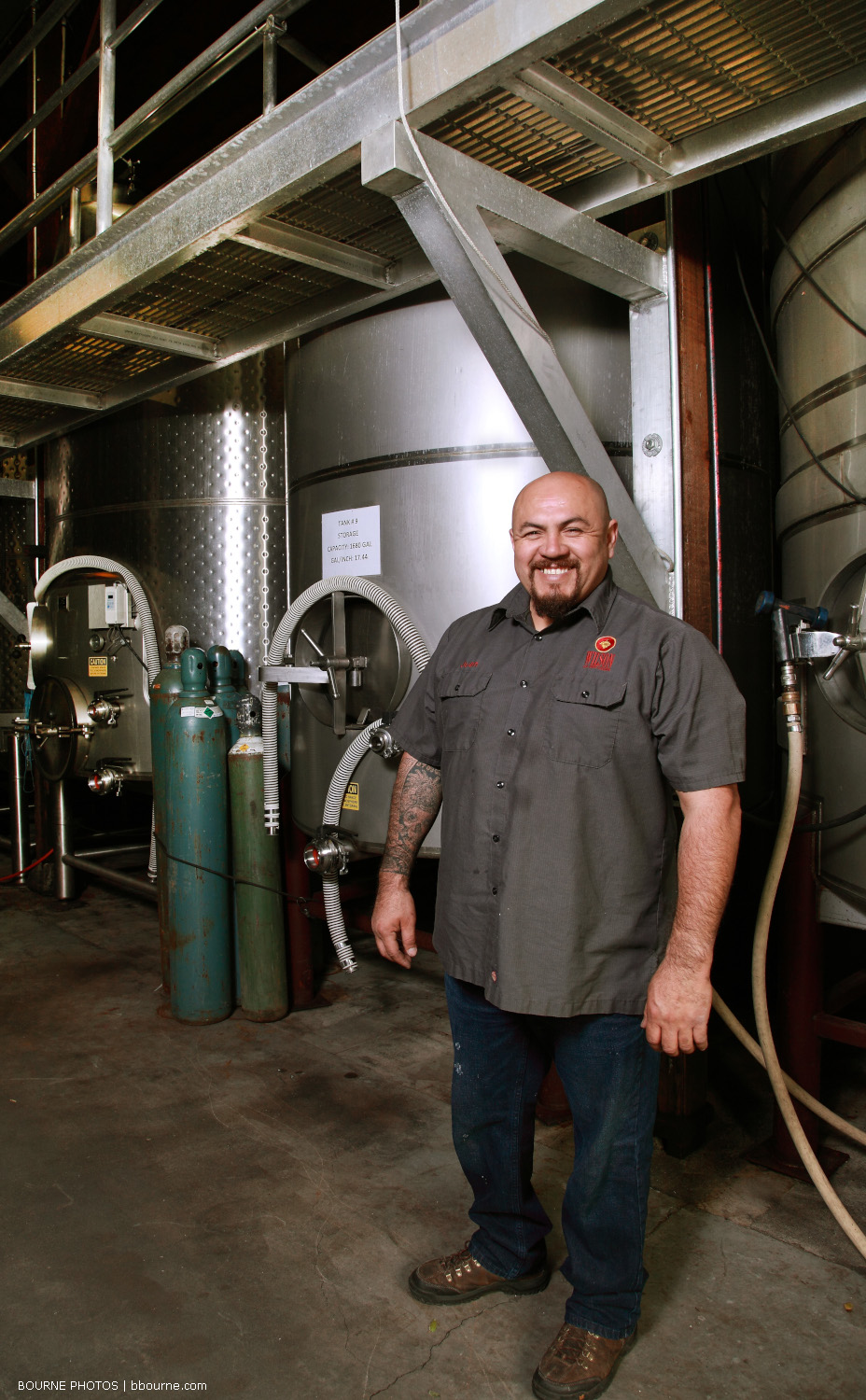 Juan Medrano
Juan Medrano is a hard-working, father of four who lives with his four kids and wife, Juana, in Healdsburg. Juan started working with Wilson Artisan Wines at Mazzocco in 2005. After working closely with winemaker Antoine Favero, Juan moved to Wilson Winery to work with Diane Wilson. She kept him on as a Cellarmaster and a jack of all trades, maintaining all the equipment and the facilities. Juan plays a vital part in ensuring business runs smoothly on a day-to-day basis. 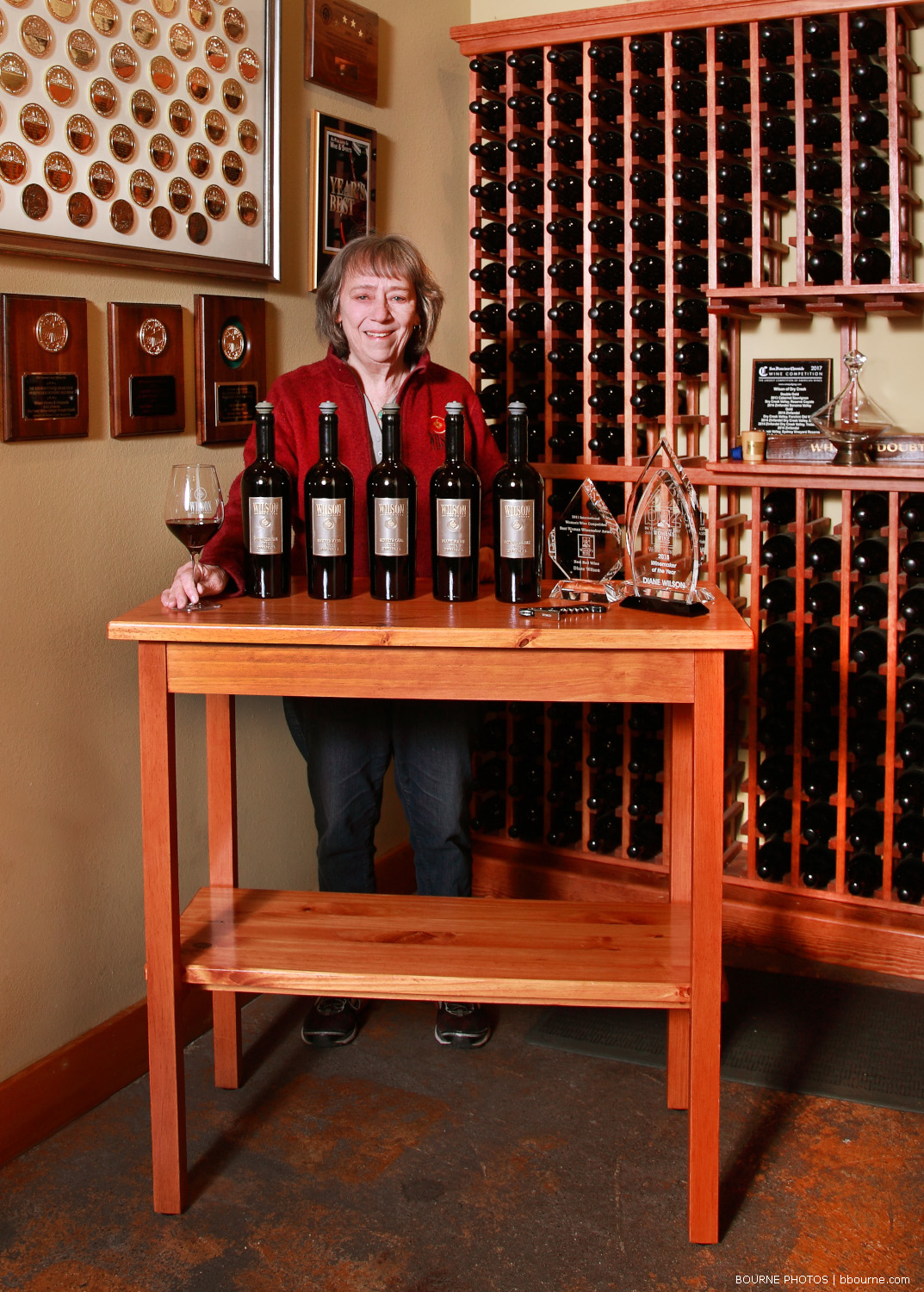 Jean Hamberg
Jean Hamberg came to Healdsburg in 1978. She has since married and has been living in Dry Creek Valley since 1983. Jean joined the Wilson family for nearly 20 years ago. She began volunteering for events at Wilson Winery in 2000. In 2009, she joined the tasting room team as a part time associate. Beyond the tasting room, Jean also leads vineyard and cellar tours. With a rich history in the area, Jean has become a valuable member of the family. 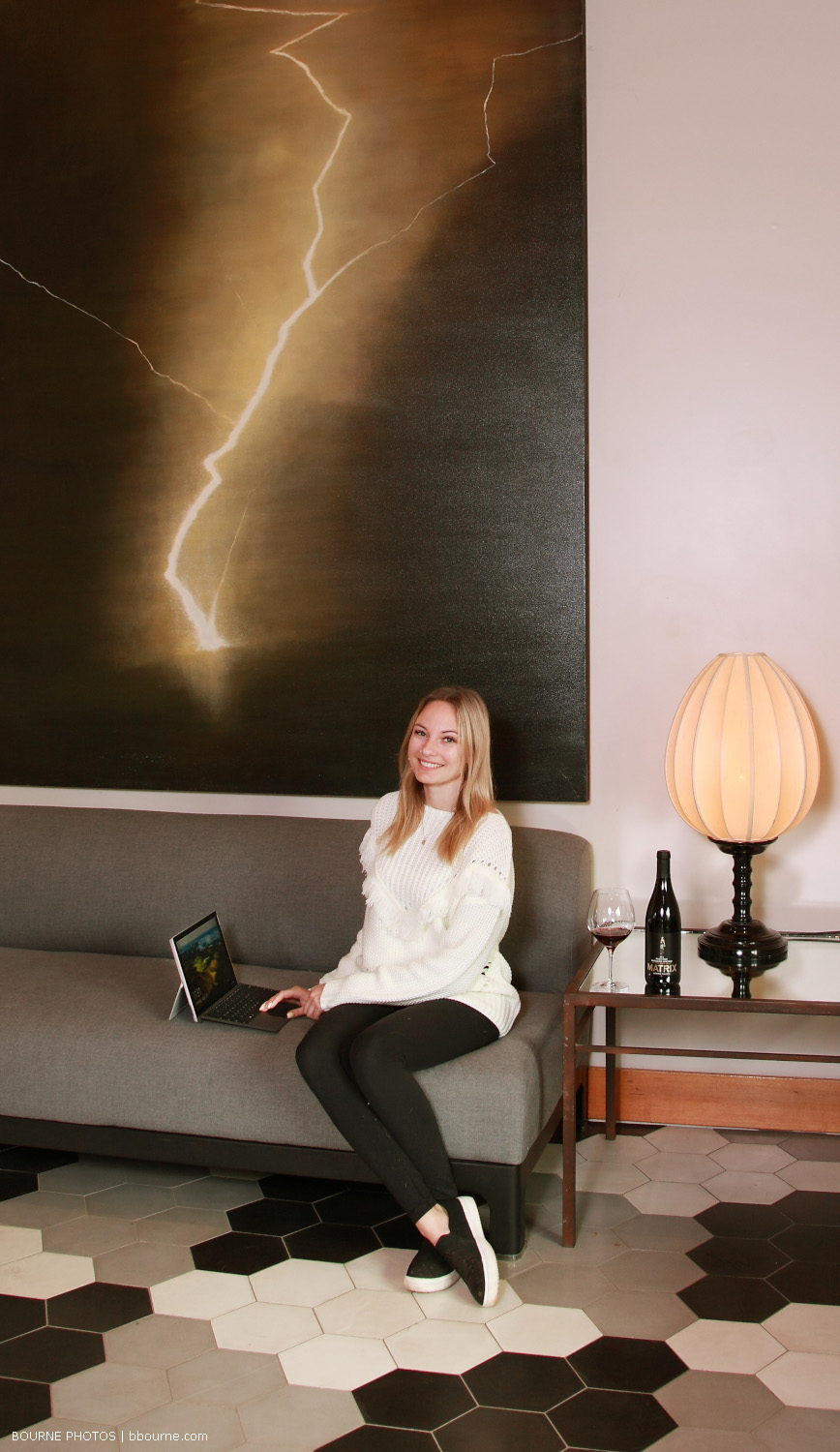 Katie Mortensen
Katie Mortensen is the Wine Club Coordinator at Matrix Winery. She has been with Matrix for 3 years. Although her title pertains to the wine club, she also aids in sales and marketing, contributing to the social media strategy for Matrix Winery and Wilson Artisan Wines as a whole. In conjunction with her full-time position at Matrix, Katie is pursuing her Masters in marriage and family therapy counseling at the University of San Francisco and is set to graduate in 2021.

Robert Ford
With a background in hospitality, Robert Ford makes for a great addition to the Matrix tasting room. As an on-call Tasting Room Associate, Robert ensures that the guests are happy and that their wine glasses are full. 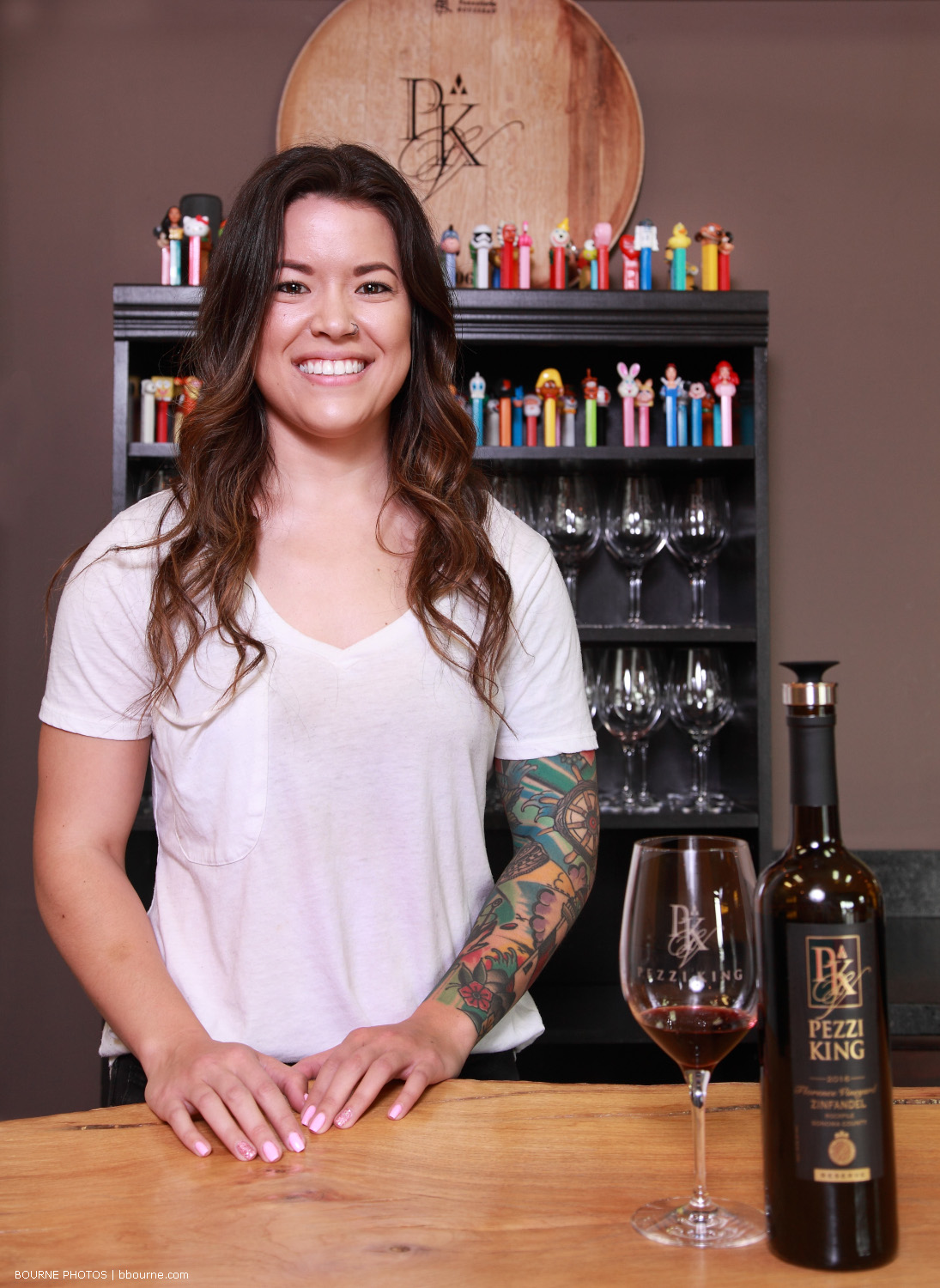 Jamie Watanabe
Jamie has been with the Pezzi King family for two years. As the Tasting Room Lead, she is responsible for guaranteeing the satisfaction of our guests. Born and raised in Healdsburg, she was first introduced to the wine industry by her aunt, who married the founder of Dry Creek Vineyards. In her spare time, she can be found exploring wine country and joining wine clubs. 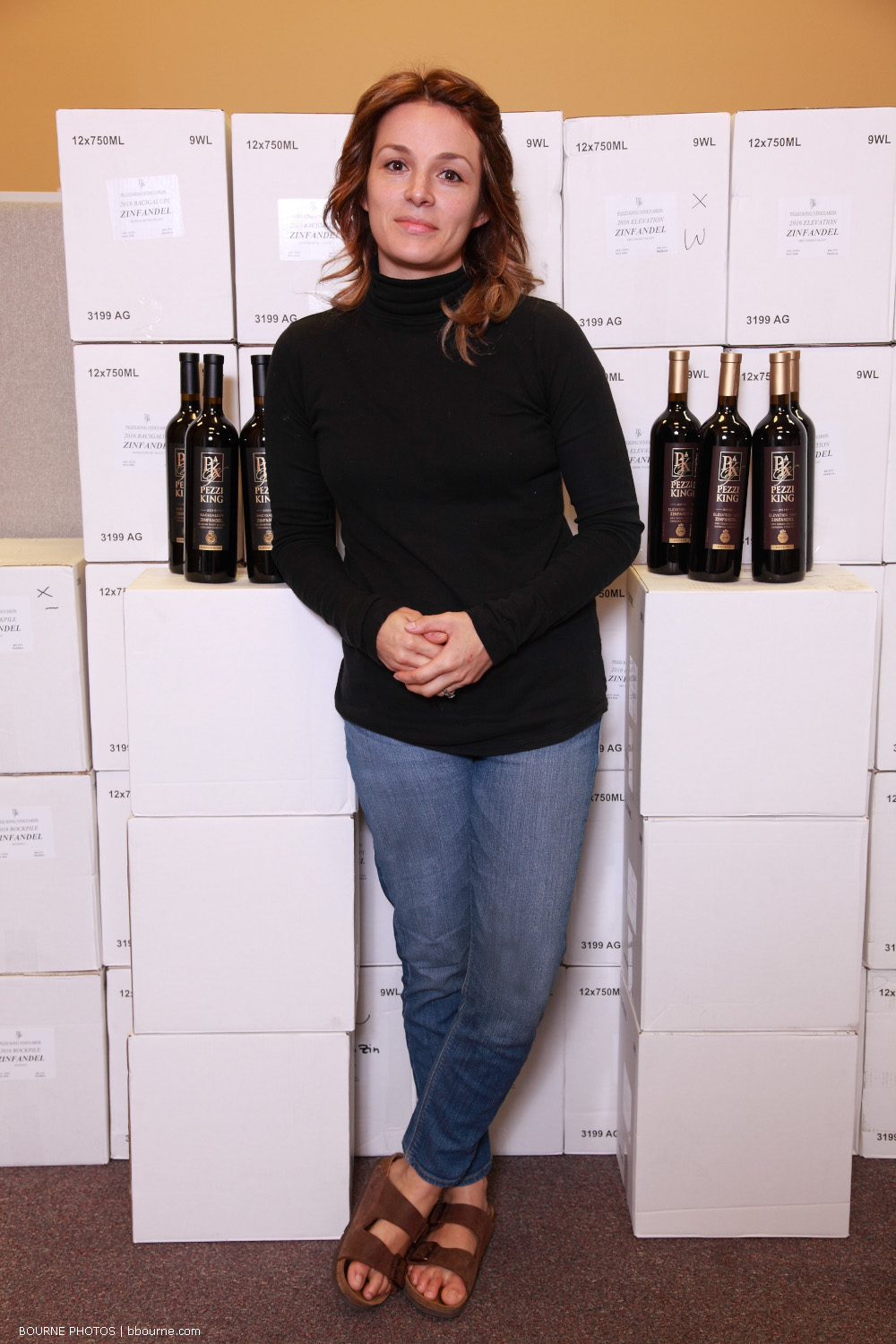 Brittany Galvan
Brittany Galvan is one of our most experienced individuals within the wine industry. With over 10 years of experience in Healdsburg, she has been the perfect fit for the Hospitality/Admin Coordinator at Pezzi King. A Healdsburg native, Brittany grew up going to her grandfather’s work at Chalk Hill Estate. She has been in love with the industry ever since. 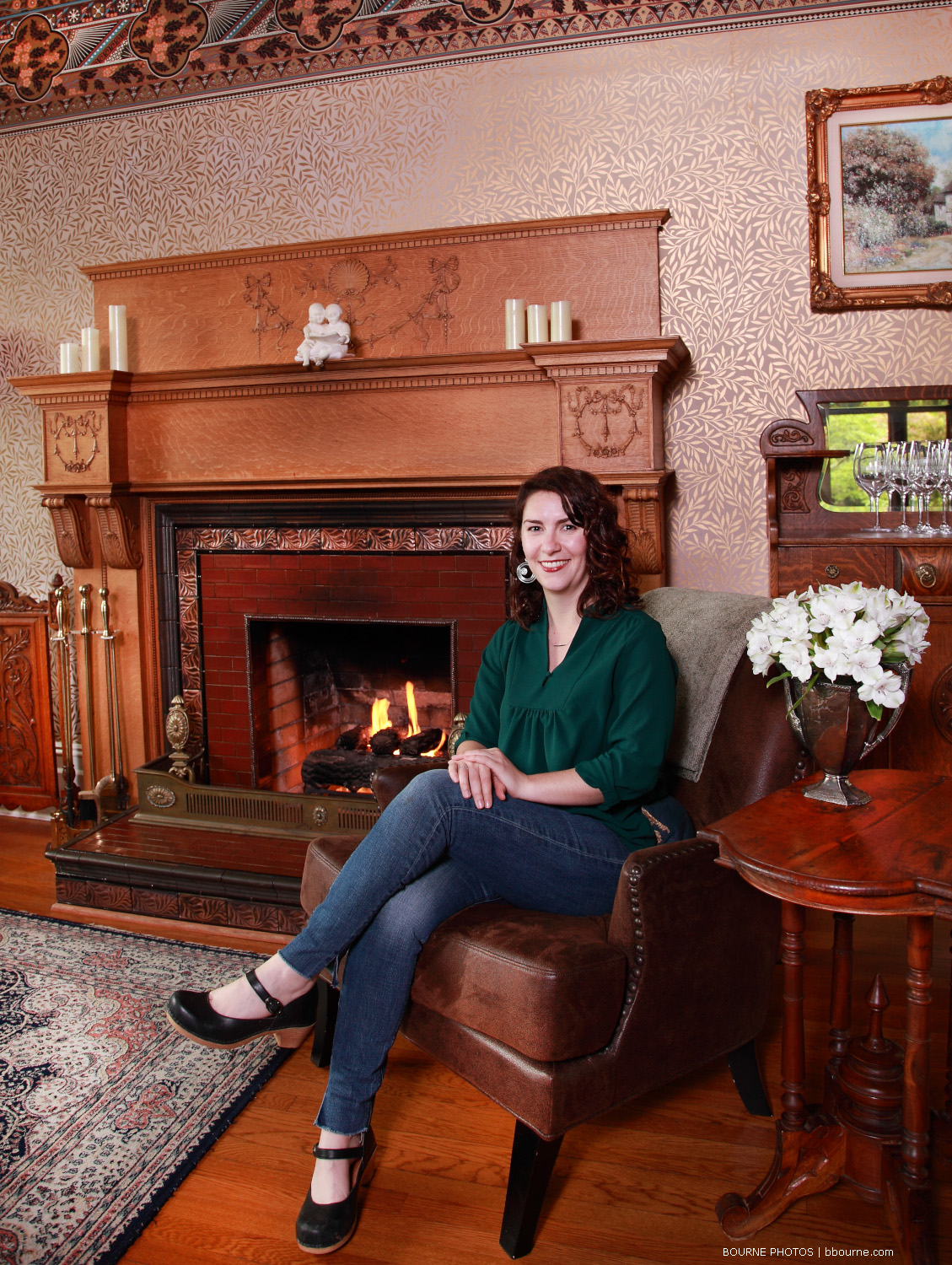 Oceanna Ingram
Originally from the small town of Occidental, California, Oce has a passion for art, literature, and history. Following her graduation from Chico State, she spent two years on organic farms and as a florist in Kilkenny, Ireland. Once back in the US, Oce bounced around before settling as the Assisting Lodging Manager for Wilson Artisan Wines in 2017. Away from the office she enjoys spending time with family and vacationing in Hawaii. 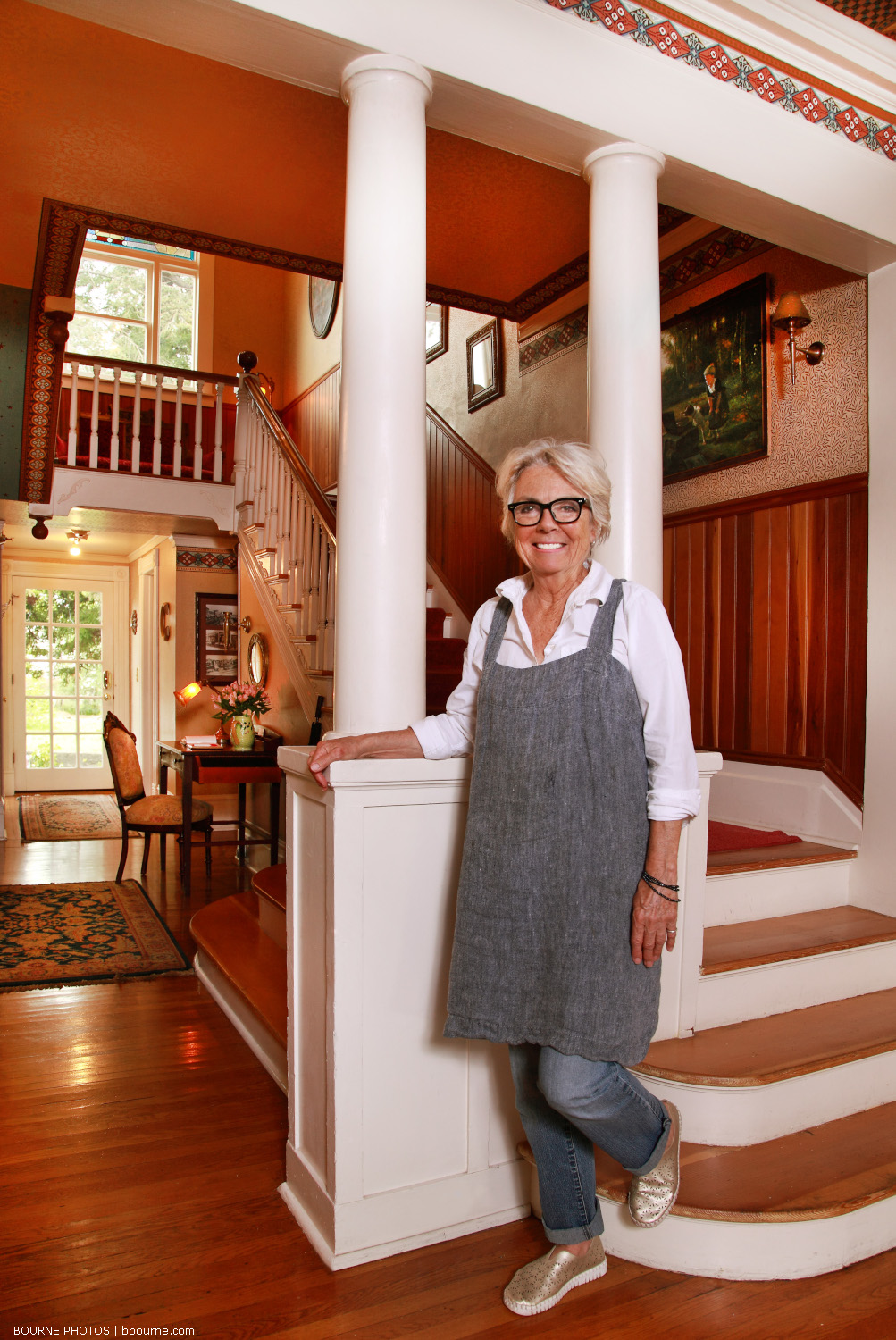 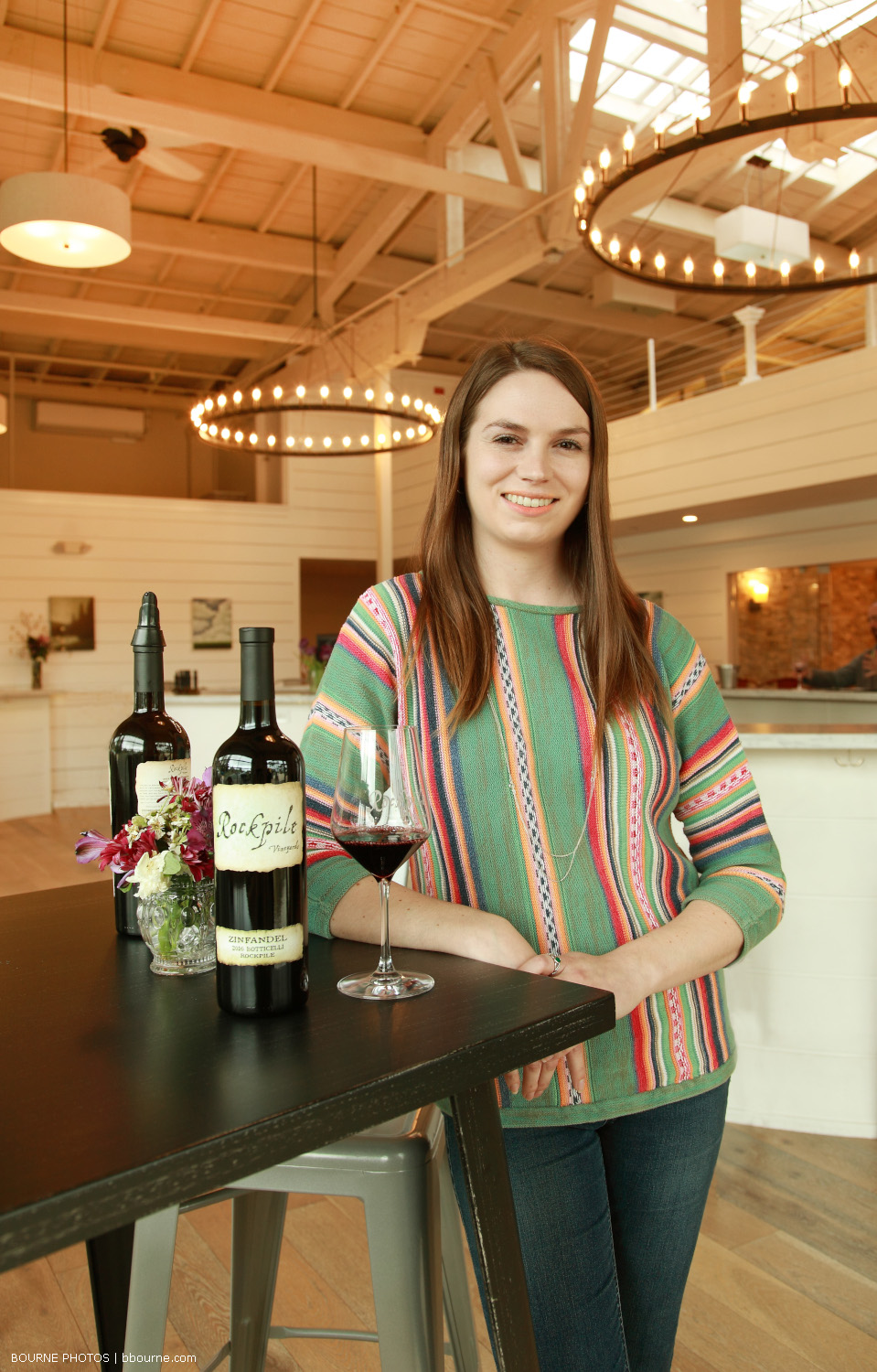 Tori Hendel
As Wine Club Coordinator, Tori has a wide array of duties and responsibilities each day. In addition to managing the wine club, she also works in the tasting room and assists with email campaigns. As a Rohnert Park native, she has been in the North Bay all of her life. Next time you’re in the Rockpile Tasting Room, ask Tori to display her skill in bird calls, because in addition to her prowess in the wine club and tasting room, Tori has a Bachelor’s degree in Wildlife Conservation and Biology from UC Davis. 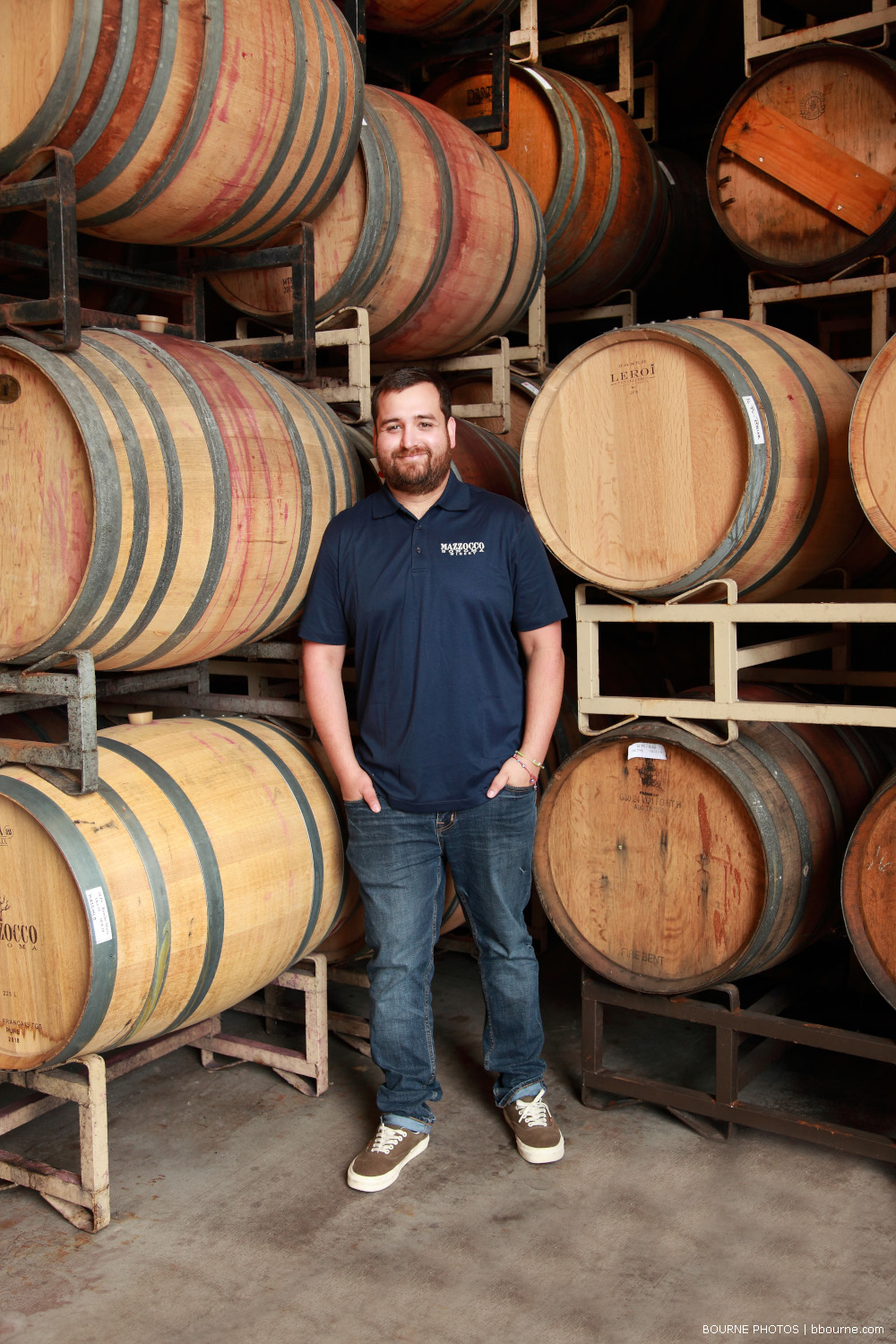 Rey Carrillo
Born and raised in Healdsburg, Rey works at Mazzocco Winery as the Inventory & Shipping Coordinator. Known outside of Mazzocco as DJ Rey Luv, he also works offsite events and performs as a popular local DJ. Having his hand in multiple aspects of the business, Rey has spent almost 4 years supporting one of the busiest wineries in Healdsburg. 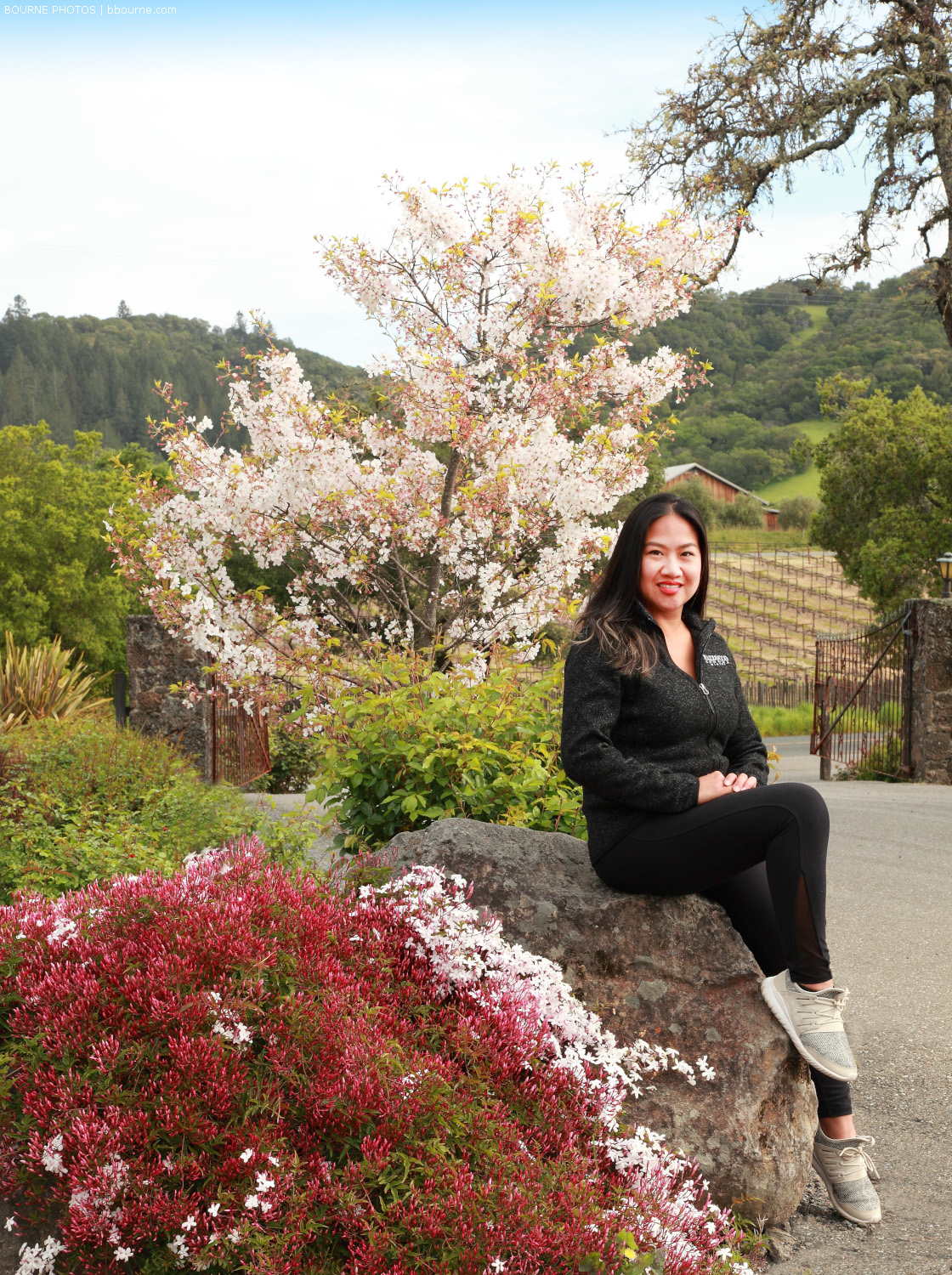 Marjorie Bayao
Marjorie Bayao has worked at Mazzocco for almost 6 years. As Marketing & Events Coordinator, she plays a huge part in Mazzocco’s success, utilizing her exceptional organization and graphic design skills in helping to plan and execute events.  As an avid outdoorsy person, Marjorie spends most of her spare time playing outside with her three children. 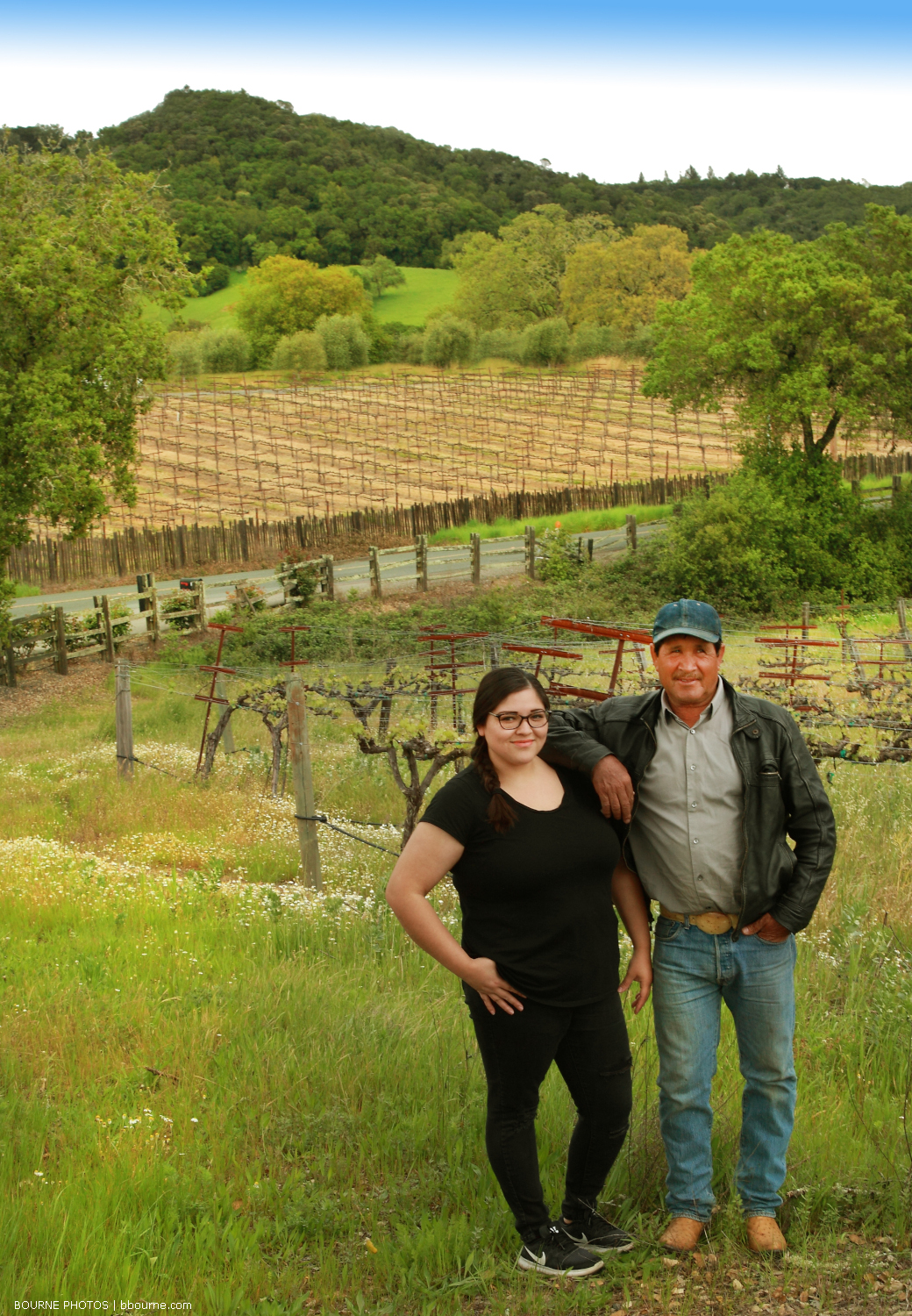 Juan Rodriguez & Erica Rodriguez
Juan has been the Vineyard Manager since the beginning of Wilson Artisan Wines. He is responsible for over 300 acres of vineyards. Working alongside his family, Juan is an essential part in the winemaking process. After being with the company for almost 30 years, Juan has established himself as an irreplaceable asset.
Following her father’s footsteps, Erica has also come to work for Wilson Artisan Wines. Erica is an Administrative Assistant, but focuses more on the vineyard department. She acts as the main link between the vineyards and HR and handles all reporting for the vineyards. In her free time, Erica spends time with her twin daughters. 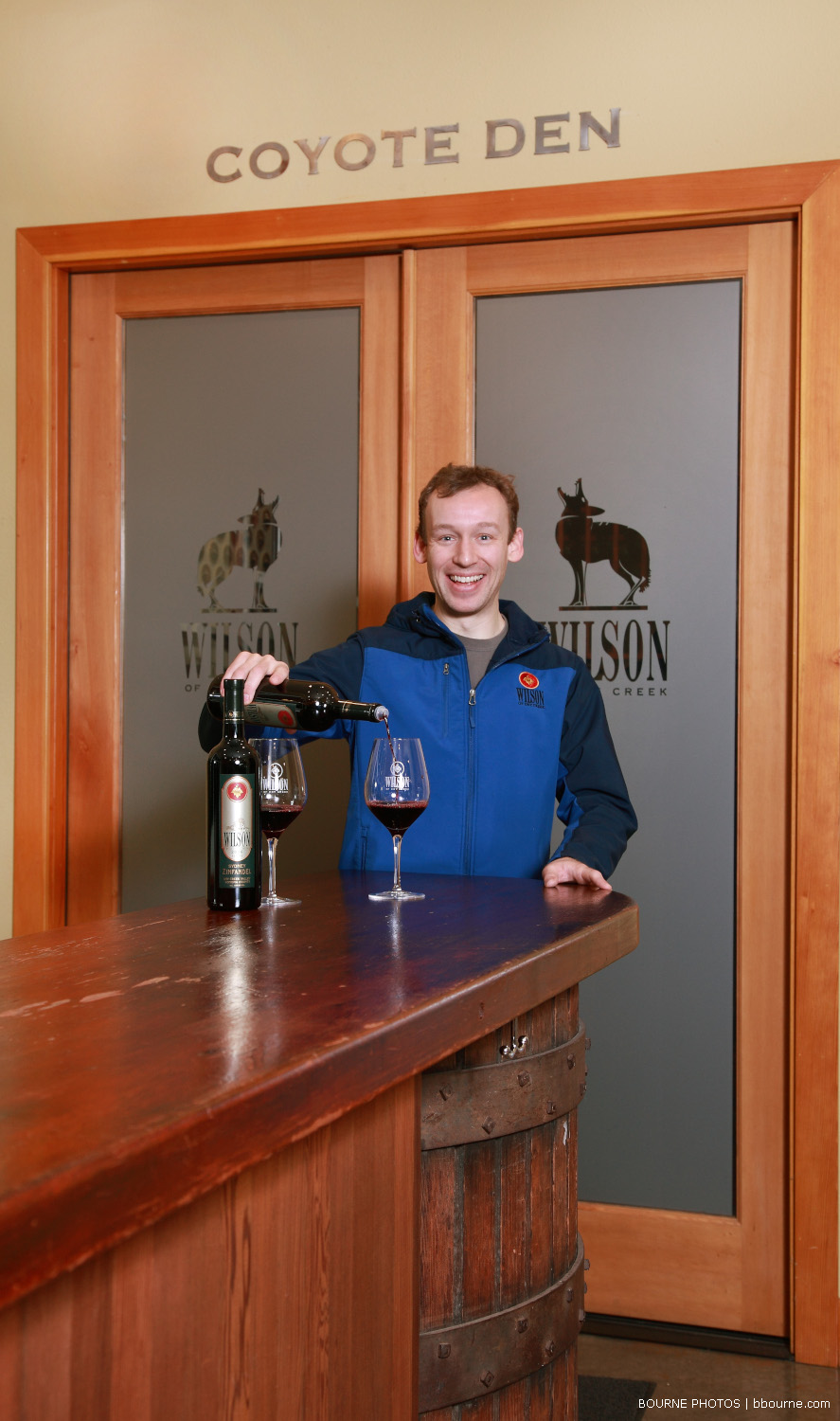 Joseph Layher
Born in Santa Rosa and raised in Glen Ellen, Joseph has lived in Sonoma for most of his life. He started working for Wilson Winery as Assistant Tasting Room Manager in June of 2018. Before Wilson Winery, he spent the previous 5 years working for Imagery in Sonoma Valley. Joe leads by example to keep the staff at the Wilson tasting room consistently upbeat and friendly. 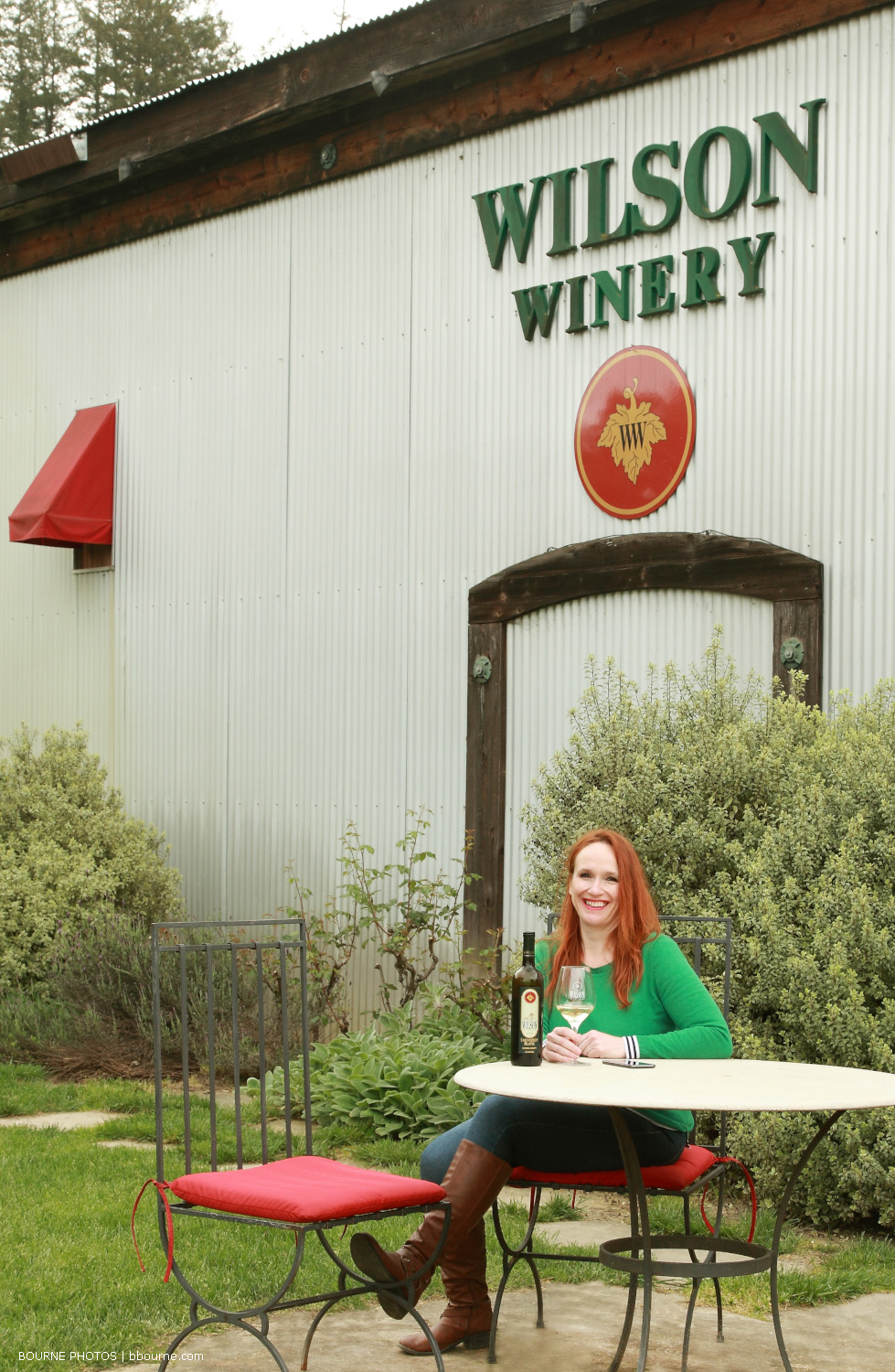 Katie Ambrosi
Wilson Artisan Wines Marketing Manager since early 2016, Katie brings nearly 20 years of marketing experience and creative energy to her role in guiding the marketing efforts for all Wilson Artisan brands. This includes managing an extensive email calendar, photographing products, social media, events, and whatever other fun tasks headed her way. Born and raised in Healdsburg, Katie loves working for a company that allows her to stay in her hometown where she is raising her two young sons. If you haven’t already, you might experience Katie trying to convince you to join her at one of her favorite past times, karaoke, every Thursday at Coyote Sonoma. 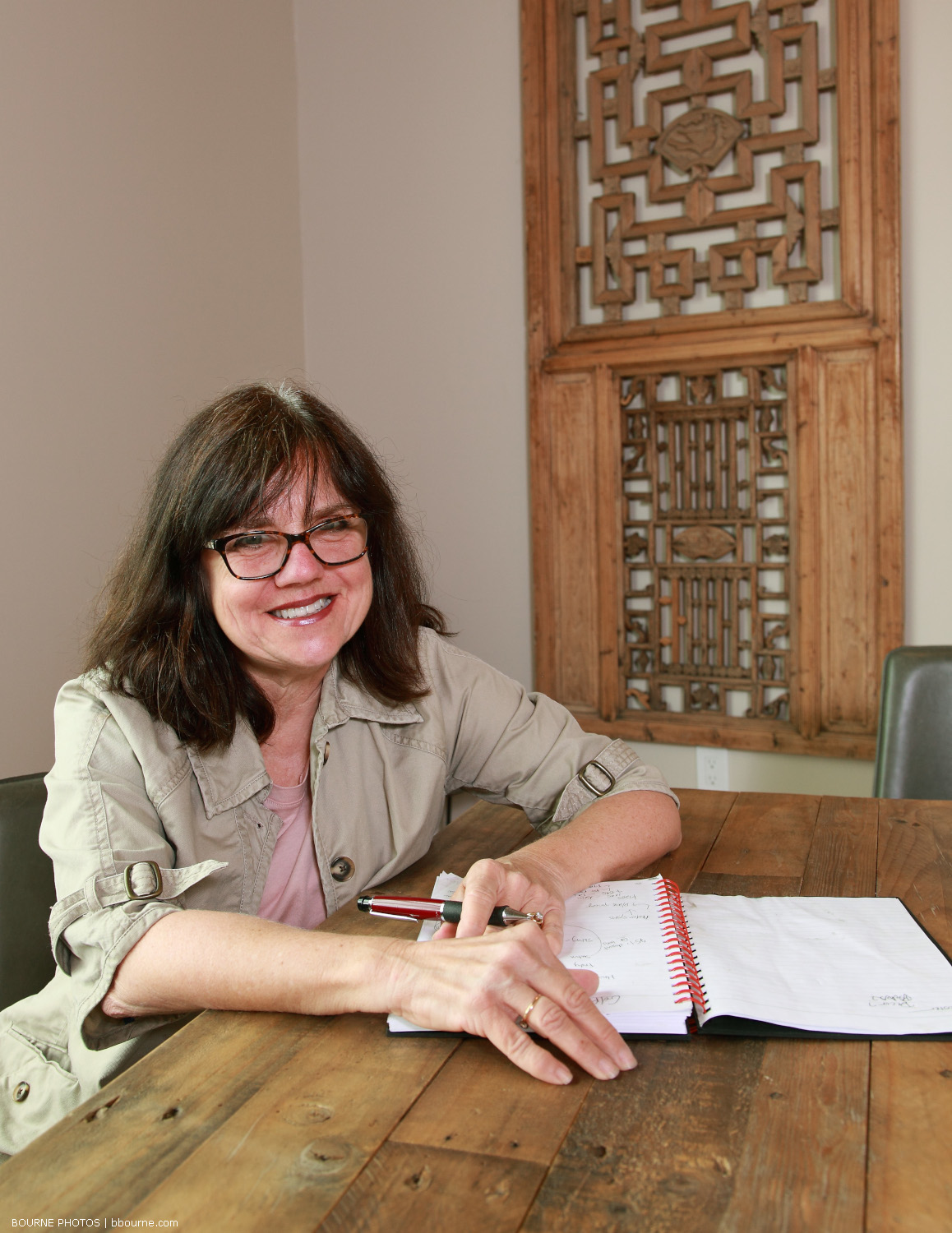 Bernie Scarinzi
A native of the East Coast, Bernie has called Healdsburg her home since the mid 90s, and has been with Wilson Artisan Wines since 2009. Bernie not only manages a multitude of critical reporting and insurance, she plays a key role in conjunction with nearly all administration at the company and is a resource for any employee trying to work out a question or process.
Business Directory News Releases Events Calendar Hot Deals Member To Member Deals Marketspace Job Postings Contact Us Information & Brochures Weather Join The Chamber
Go mobile with MyChamberApp!